I clearly recall spending at least a week in Baguio every summer as a child. Half of them spent with my dad, stepmom and sister Stevie, and the other half with my cousins. One of whom is Arriane, who on the way up, had told me her memories of Baguio were all too vague already and so I was glad to have her with us as we go back for the first time in so long!

15 years ago, vacationing in the city of pines consisted of: a foggy afternoon at the playground, mini golf at Camp John Hay, some native hot chocolate by the fireplace at the Country Club, and nibbling on some corn while walking around as we look around with the clear blue skies seemingly w/ in arms reach. I used to consider Baguio as a little America, as it was the closest to nice chilly weather as I could get. I also had my fair share of special moments in this city. It was where I went on my first horse ride, where I first handled a few hundred peso bills like a boss, as we go around every nook and cranny of Mines View Park for some loots, and it was pretty much the place where I had last ridden a bicycle, and actually enjoyed it. And now, 15 years later, I go back with my little Ellie, and everything is (almost) the same. Here was how we spent this year’s trip to the summer capital of the Philippines, Baguio City!

The morning crew, off for some early lunch at Café by the Ruins.

The restaurant runs on a “first come, first serve” basis and so we had to wait about 15 minutes before they could accommodate us, since they are usually packed with tourists dying to get a taste of their special dishes! We now get why that is. Waiting for 15mins more to eat after a 5-hour drive to the cordillera was way worth it, not only because they serve a flavorful selection of food, it was alsoaffordable with the prices ranging from Php100- 350/ head. We tried some amazing crispy tapa, bagnet, beef ribs sinigang, pan de sal with kesong puti, and some lip smacking strawberry jam! For refreshments my friends tried their jaimaica, which is basically cold hibiscus tea, and their pandan iced tea. 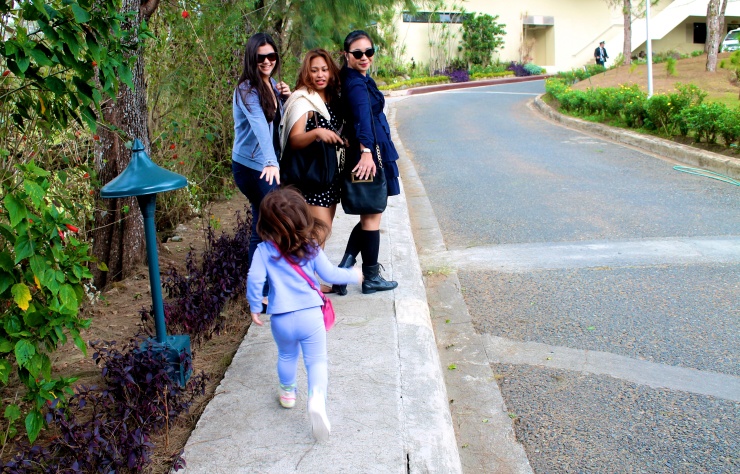 After brunch, we then went to the Country Club for a quick “chill”. 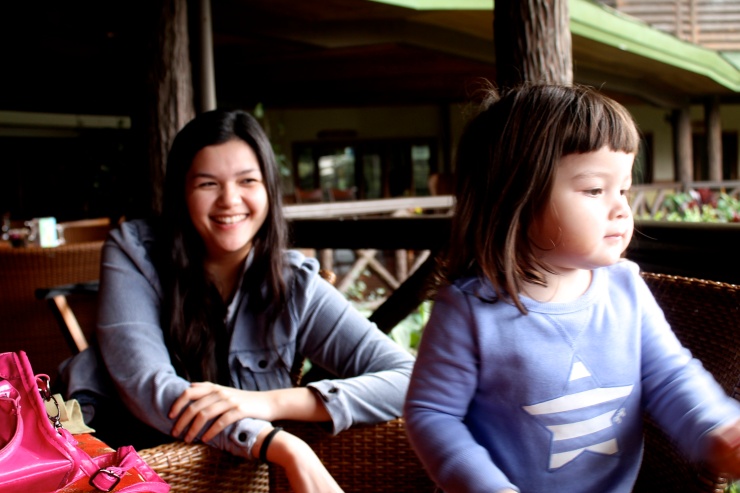 To those who are so in love with the hot chocolate they serve at Jake’s, maybe driving up to Baguio would be easier for you cus this is the exact same one!HA HA 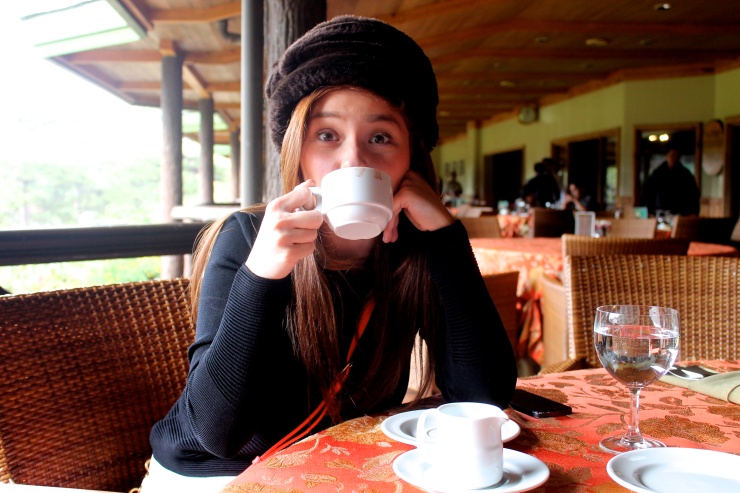 Garden gnome disguised as the Belle. 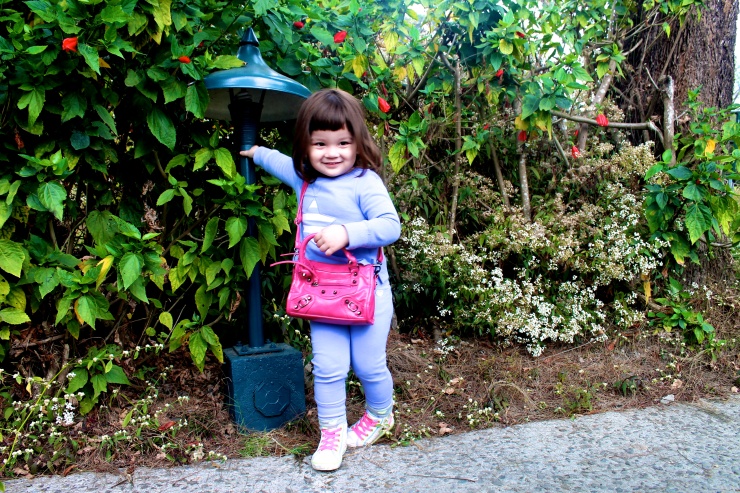 This was how we capped off the chilly evening. Not in photo: some of the best company and hilarious conversations! 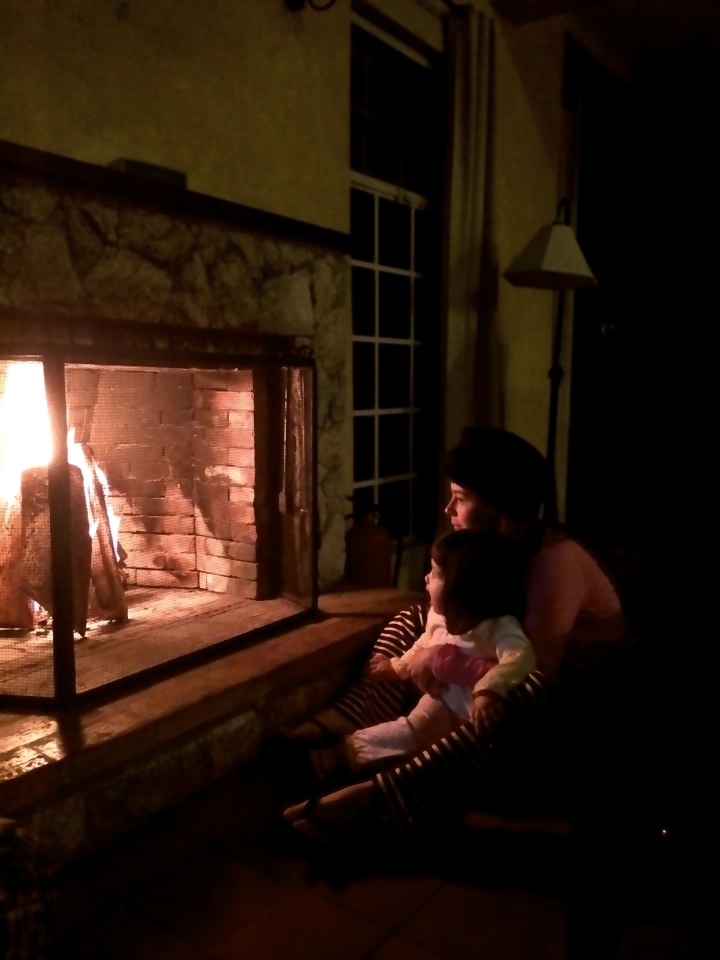 Day two was spent having lunch at an all you can eat Mongolian Buffet (O’ Mai Khan), and a little sight seeing and souvenir shopping at Mines View Park, and Good Shepherd for the only pasalubong you need to get your loved ones from Baguio, UBE (purple yam) jam. 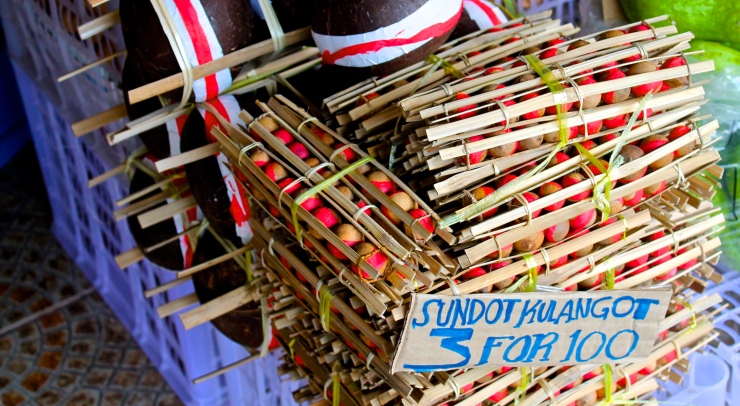 Translated in english as “pick the  booger” cus it looks like one.HA HA yummy though! 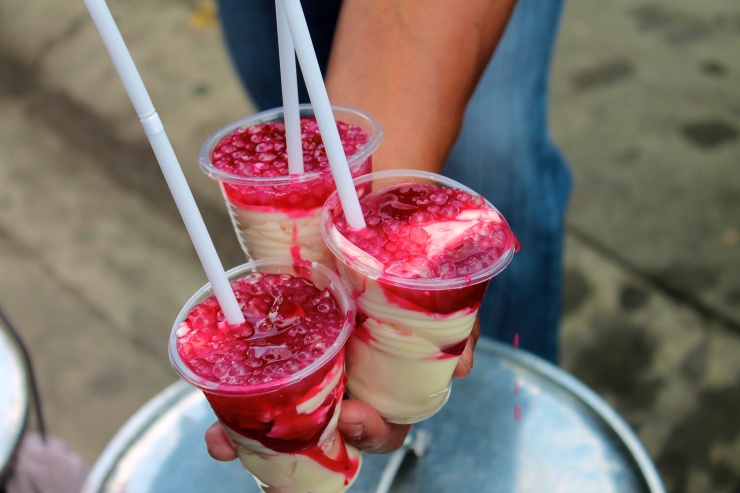 strawberry taho (soy pudding) is big in Baguio because strawberries are one of what it’s famous for. 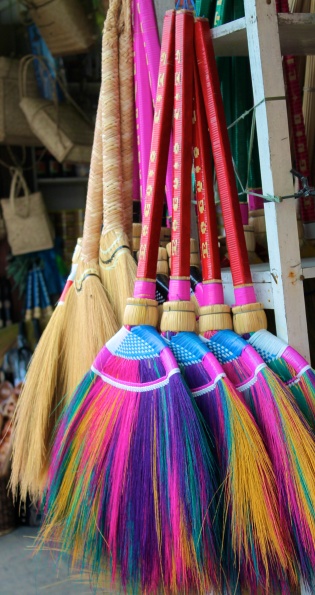 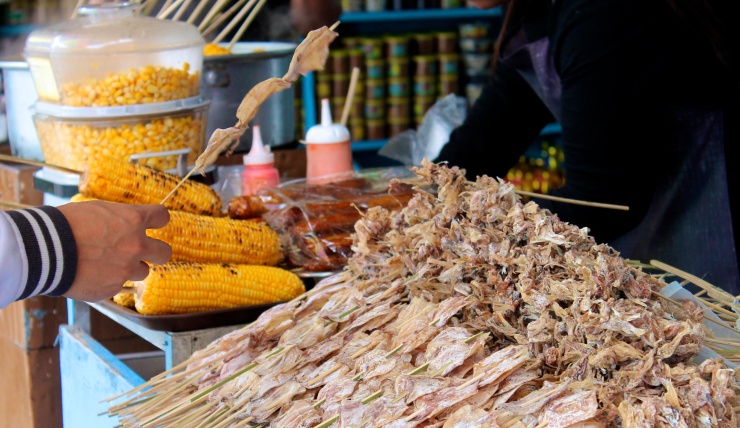 Dried squid, fish and roasted corn is such a craving in this climate! 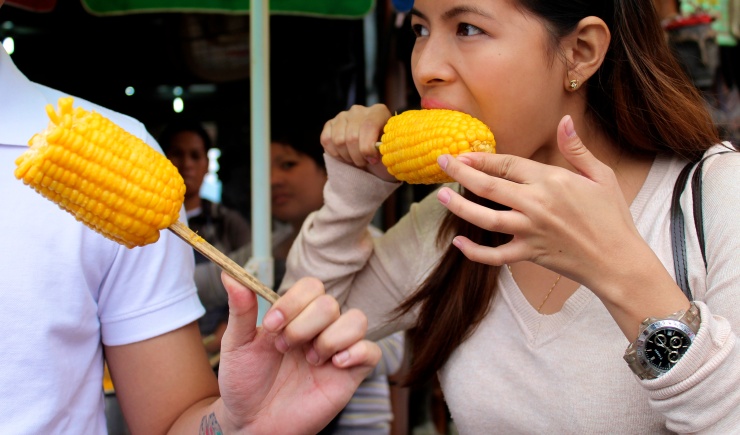 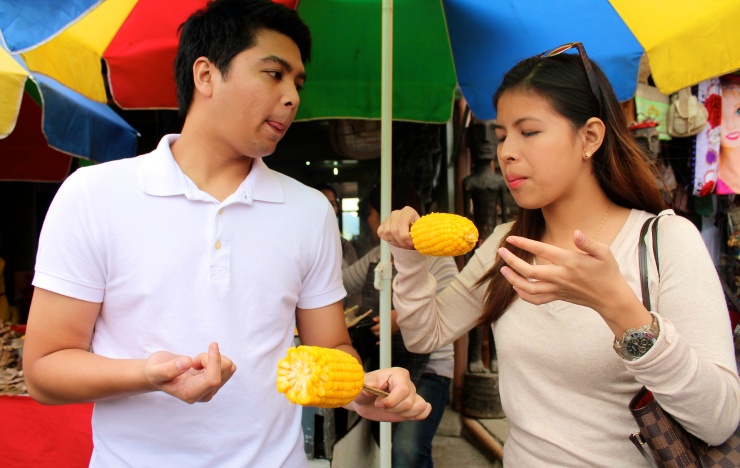 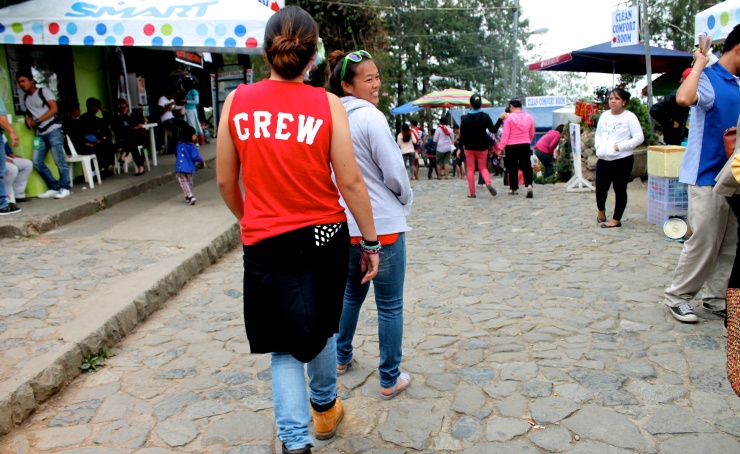 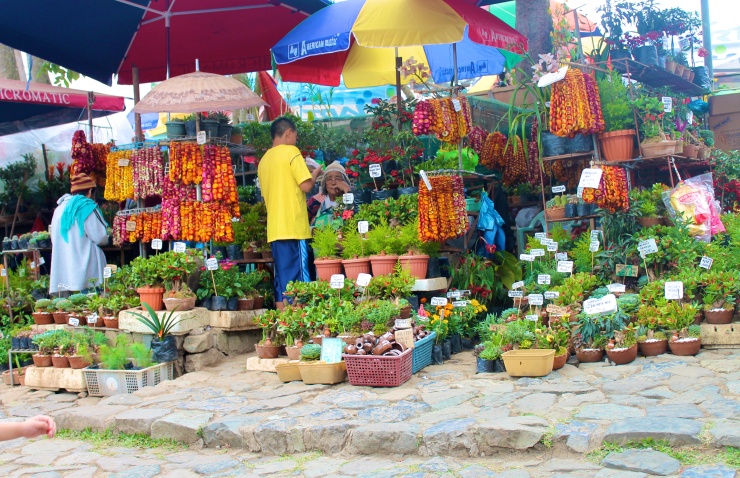 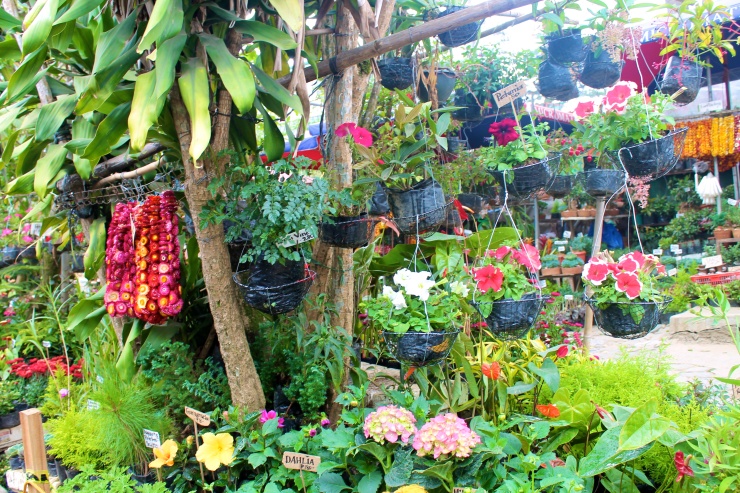 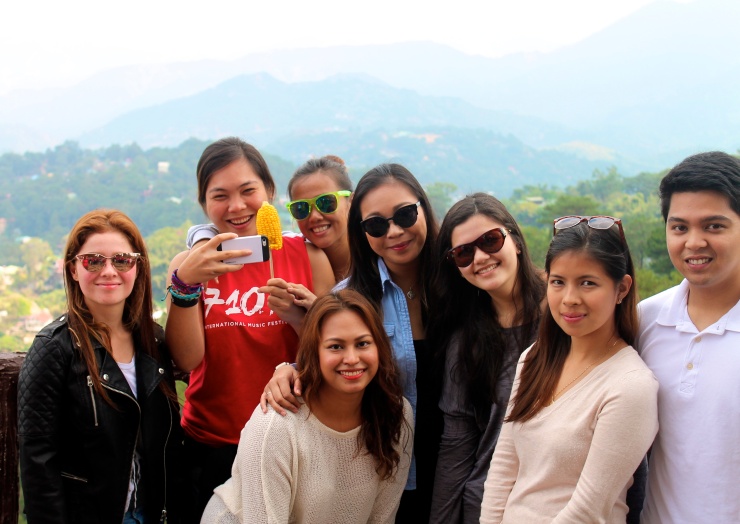 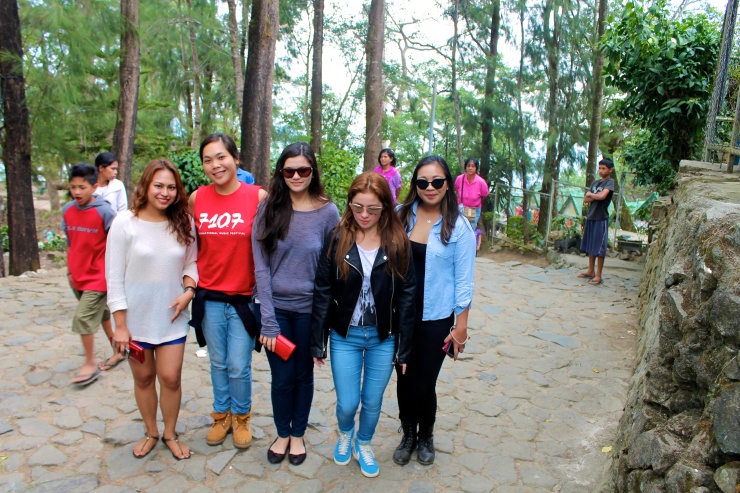 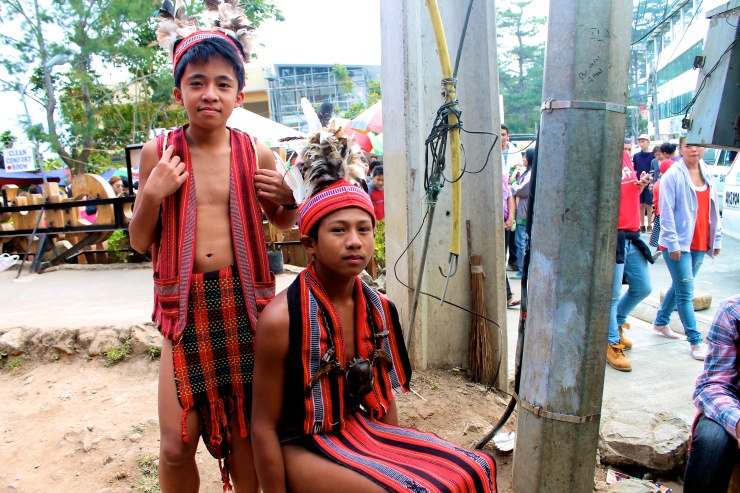 10 thoughts on “Back to Baguio”